This is, more or less, the text of my presentation to the news:rewired conference at Microsoft HQ in London today.

UPDATE: The BBC College of Journalism has posted video of my talk. 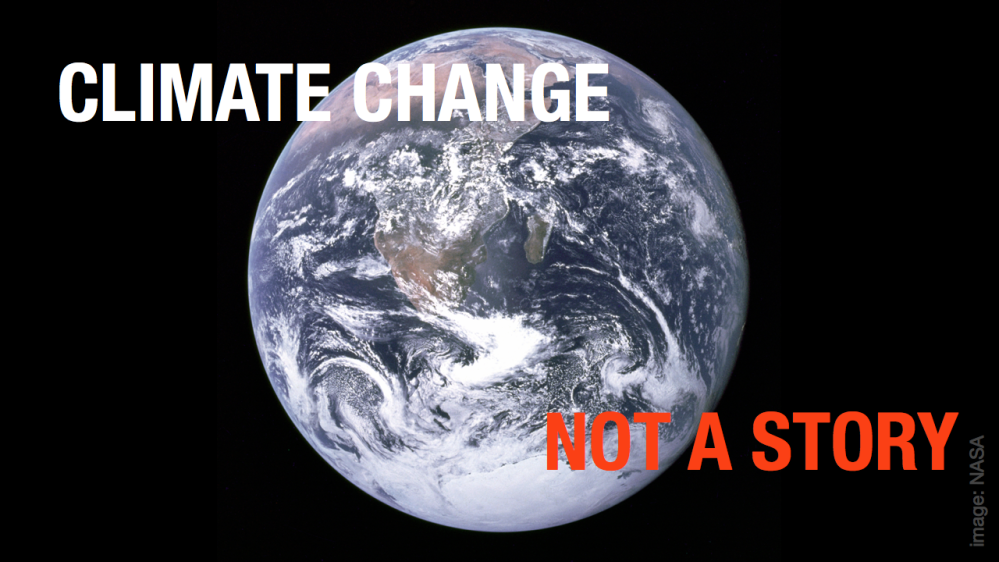 But this is an issue with many, many stories in it, such as

That’s a story. Our work as journalists involves crafting rewarding media experiences that people want to engage with. That’s what we do. For a story, that means settings, characters, a beginning, a muddle and an end. That’s what makes a good story.

But many things, like global climate change, aren’t stories. They’re issues that can manifest as stories in specific cases.

And there’s the rub; in order to tell stories about these big, systemic issues, journalists need to create a microcosm. This can work. I’ve read, and watched, some very good pieces of journalism attacking specific aspects of a big issue. But the way that stories transmit understanding is only one way of doing so. When it comes to something else – a really big, national or world-spanning issue, often it’s not what happened that matters, so much as how things work.

In the pluralist democracy our media is supposed to support, figuring out how things work is vitally important for the public. There are lots and lots of systems that people interact with:

I could go on. There are many systems like this, which deeply affect people’s lives.

When it comes to understanding a system, though, the best way is to interact with it.

Play is a powerful way of learning. Of course the systems I’ve listed above are so big that people can’t play with them in reality. But as journalists we can create models that are accurate and instructive as ways of interactively transmitting understanding.

I use the word ‘play’ in its loosest sense here; one can ‘play’ with a model of a system the same way a mechanic ‘plays’ around with an engine when she’s not quite sure what might be wrong with it.

The act of interacting with a system – poking and prodding, and finding out how the system reacts to your changes – exposes system dynamics in a way nothing else can. That’s why, in my current project, we’re using interactive methods, and no storytelling. The project is called Britain’s Real Class System and it’ll be launching in the first quarter of 2011. It’s the largest social investigation ever conducted in the UK. As we’re pre-launch I can’t tell you too much here, but I can explain the basics.

The Problem with Class

There’s a problem with class in the UK. The system right now is organized into a working/middle/upper class pyramid. This is essentially a legacy of a Victorian industrial society which has almost entirely ceased to exist. When someone like Alan Sugar can call himself working class, and someone like Lakshmi Mittal isn’t considered upper-class, there’s obviously a problem in the system. So the point of our investigation is to find out what Britain’s class system actually is, today.

Stage 1 is an interactive survey that asks people all sorts of things about their interests, their attitudes, and many other questions relevant to their position in society. It’s based on the BBC’s LabUK platform, which is the BBC’s scientific survey system. This will allow us to effectively interview hundreds of thousands of people about class. By taking the survey, people will find out something about themselves: namely, how their wealth, social contacts and cultural range compares to that of other people in the UK. Everyone likes to know where they stand. And they’ll be giving us invaluable data as they find out.

We’ve constructed this survey in partnership with some top sociologists, and a very talented scientific team will analyze the data. the output will be a massive interactive visualization that lets people explore Britain’s class system as it actually is.

Of course we haven’t designed this yet, but we’ve got some of the best people in the world ready to pounce on the data. The result will be something on the level of Gapminder or the NHS Atlas of Risk or similar. Users will be able to see the results on a map, zoom in on their home town, compare men vs. women, or urban vs. rural, or any permutation they like. By playing with the system, the users will be able to understand functionally how class works in the UK. Both parts of this project demonstrate compelling interactivity. It’s the interactive equivalent to a good story. The best documentaries and text journalism are interesting to watch and read for their own sake, even if you don’t care about the issues. They’re well constructed stories.

Here, we’ve got the interactive equivalent. We’re creating systems that are engaging and fun to interact with. They’re surprising, they pique your curiosity. And hopefully, they’ll increase understanding of British society, one of the most important systems affecting people’s lives here.

And there’s not a trace of storytelling in sight.