That was the upshot of Dan Hon’s presentation at the ARGs in in Charity and Education conference at Channel 4 last Friday.

His talk was the highlight of the day for me, probably because he was animatedly ranting about things that I’d only dimly considered before.

“How many of you have actually designed ARGs?” Dan asked, as he walked up to start his presentation. About a third of the hands in the audience went up.

He punched in his first slide.

it said,  in big friendly blue capitals. (Dan, if you’re reading, do us a favour and blog your pres. Dan’s presentation is now up.)

I’m inclined to agree with him. Obscure puzzles, codebreaking, twisted plot lines, and the inevitable webcam-equipped teen heroine (amnesia optional) are getting old. Dan’s point was that all this stuff isn’t enough any more. The numbers speak for themselves – ARGs just aren’t bringing in the crowds these days, not in an eyeballs-per-dollar sense. The novelty days of The Beast and I Love Bees are gone – now multiplatform interactive narrative needs something more.  ARGs need to work as stories and as games, as well as big social media experiences.

Dan’s point was that so far ARGs haven’t been up to scratch narratively or ludically, when compared with established genres.

But we can still learn something from ARGs, because they have been very good as social media experiences.

ARGs are really good examples of large-scale interactive storytelling in a multimedia environment. This is something that wasn’t possible before, and it’s something we’ll see a lot more of in the future. It has already begun to happen in news: the BBC’s coverage of the Mumbai terror attacks is an excellent example. They liveblogged the whole thing, bringing in links to tweets and blog posts from people on the ground. It was a little like World Without Oil – lots of people collaborating to tell a story, with the BBC’s reporters in an editorial role. Only in this case, it was actually happening.

There are lessons we can learn here. Long-form journalism hasn’t yet figured out how to adapt to the social web. But ARGs point the way. This was the subject of my presentation, which you can download if you want.

These are all things that successful ARGs do routinely.  Every one of them can make long-form journalism better.

ARGs are all about building and using a community to solve a problem or tell a story. Probably this is the most important lesson: building community is the long-term goal. Long form journalism in social media can benefit from collective intelligence, the ability of groups of peoople to accomplish intellectual tasks they couldn’t achieve on their own. A functioning community is vital to this.

It’s about connecting the audience to each other. They have the tools to do this. You don’t need to build them, (though you can) but you need to participate. Even as a lurker.

A community shares values. If you’ve participated, they’ll share YOUR values. That means they’ll be more effective inattain ing your objectives, whether that’s investigating an issue or telling a story.

Focus your public with a challenge structure.

The ‘Game’ in ‘ARG’ is about challenging the public to do something, not just watch. Challenges motivate. They’re essential to game design and they should be essential to interactive storytelling, whether factual or fictional. Nothing makes people participate like the feeling that if they only do it right, they can make a difference. But make sure they can make a difference (see lesson 5).

This is a challenge.

More of this, please.

There’s this myth about the TINAG aesthetic for ARGS – “This Is Not A Game.”

In fact, exactly the opposite is the case.

In a classic ARG, everything is the game. Mobile phones, movie trailers, posters, band gigs, TV spots, t-shirts, sky writing – it’s all been used to get the message across to the public.

This point really shows how ARGs set the paradigm for multiplatform interactive storytelling. ARG designers don’t think of themselves as filmmakers, or writers, or whatever. But journalists tend to pick a genre and stick to it. ARGs teach the lesson: the medium is irellevant. Use any one that gets the message across.

If I was doing a story on trouble in the citrus industry in Florida, I’d try to find a way to harmlessly laser-etch my copy into the skins of whole fresh grapefruit. There’d be a URL on each fruit where you could find out more.

You’d bet people who bought a grapfruit with a story in its skin would go to their laptops and click through.

The older I get, the more my early RPG experiences seem relevant. In a way, running an ARG is a little like being the game master for a really, really big game of D&D. Table-top role playing games are the case example of telling stories collaboratively. The Game Master is the captain of the ship, but the vessel’s course is subject to the winds and currents of player ingenuity, creativity and intelligence. Navigating them is an additional challenge, but it can take you all sorts of places you never dreamed of.

Journalism in social media can’t just follow the rules of mass media. The internet is not video. To function well in this space, storytelling needs to be collaborative. The public needs to be involved appropriately. This does not mean that anything goes, that the public is in charge. No. It means that it’s OK to propose problems for which the public has the solution. It means that it’s OK to use other people’s material to build your story, like the Mumbai coverage used tweets. This goes especially if you’ve asked for it. 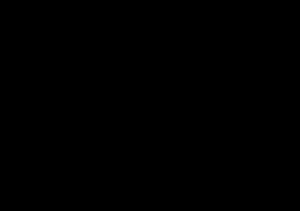 Yeah, that big blank space there wasn’t so much fun. People hate staring into a void, or worse – talking into one. Social media technology is really good at interactivity. That’s its prime strength. So if you have a way for people to interact with you, and they’re doing it, interact back.

Any ARG designer who didn’t write back to the audience would find her project deflating faster than an investment bank’s share value. So the lesson is – get involved.

As a non-native ARG speaker, I think my spiel came a little out of left field for the audience. It led to an animated argument at the pub afterwards.

Adam, I hope we can continue this argument here.